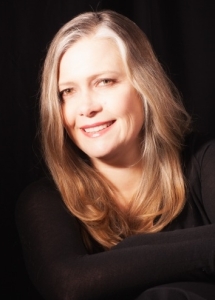 Next time you are in a bookshop, do this exercise: Approach the crime fiction section and pick up the first book that comes to hand. Does it start with the mutilated body of a beautiful young woman? Check. Try ten books. It’ll only take a couple of minutes. You might only need to read the dust-jacket. I can guarantee you that eight out of ten of those novels will start with someone young, beautiful, dead, and female. Naked and mutilated are optional extras.

Here are my ten minutes of research:

“When a troubled model falls to her death ….” Robert Galbraith, aka JK Rowling, The Cuckoo’s Calling

“It is in this pressure cooker atmosphere that murder takes place (this is an Ann Cleeves novel, after all) and the body of a woman is found with her hair laced with feathers.” Ann Cleeves, Blue Lightning

“Detective Harry Hole is meant to keep out of trouble. A young Norwegian girl taking a gap year in Sydney has been murdered, and Harry has been sent to Australia to assist in any way he can.” Jo Nesbo, The Bat

“A plane falls out of the sky. A woman is murdered. Four people all have something to hide.” Emma Kavanagh, Falling

Thanks to the onslaught in novels, TV, film and advertising, we are completely inured to dead, victimised and subjugated women. They are the blank slate upon which heroism and agency can be written, as well as upon which money can be made.  According to Kira Cochrane, writing in the Guardian: “This obsession with death isn’t so surprising, when you consider it as the obvious and ultimate end point of a spectrum in which women’s passivity and silence is sexualised, stylised and highly saleable.”

My goal, in this ever-lasting onslaught of sexy corpses, is to write crime fiction in which the initiating incident is not the eroticised death of a woman.

Here are my reasons why:

So if I am writing against the blank slate of dead female bodies, what am I writing towards?

I write to give women and children agency. So while Maggie leaves her boyfriend at home

I honour women’s subjectivity. The worldview of the pale male has been our prism for centuries – and the time has come for other worldviews. We have to learn to see the world through other, multiple subjectivities. A multiplicity of views, an intersection of voices, a diversity of subjectivities are healthy and healing for all of us.

I write against othering and binary thinking.

I write for social realism. Stieg Larsson’s trilogy fired the imaginations of millions not only because of its violent set-pieces (against both men and women), but also because he mired them with social detail. As a writer, and particularly as a South African writer, I wanted to tackle social issues, not as a political whipping-stick, but to show how they affect individuals in their daily lives. Because if we care that a ten year-old child heads a household of four other children, if we care that the drive for capital is threatening individual species, then maybe we will do something about it.

Just as science fiction set in other worlds is a chance to reimagine our own, crime fiction offers us the chance to see our world as it is – with all its gritty, bleak and tragic details – and to repair it.

With Herland, I welcome the opportunity to continue these conversations with other writers and with an audience that is hungry for new prisms and new ways of seeing and reflecting the world.

This is an edited version of an earlier post on my blog, Charlotte’s Web, called The Politics of Crime.